For the first time in years, Rollie Dunbar can raise his left arm above his head. He can move the arm with no pain and none of the weakness he once felt in his shoulder. He can do the things he loves to do, like rebuilding a 1948 Chrysler Coupe, pain-free.

Most people can take those simple arm movements for granted. But injuries and years of wear and tear had taken a toll on Rollie’s shoulder.

His rotator cuff—the group of muscles and tendons that keeps the shoulder joint stable and helps it move properly—was damaged beyond repair. He could hold his left arm straight out, but that was as high as he could lift it. 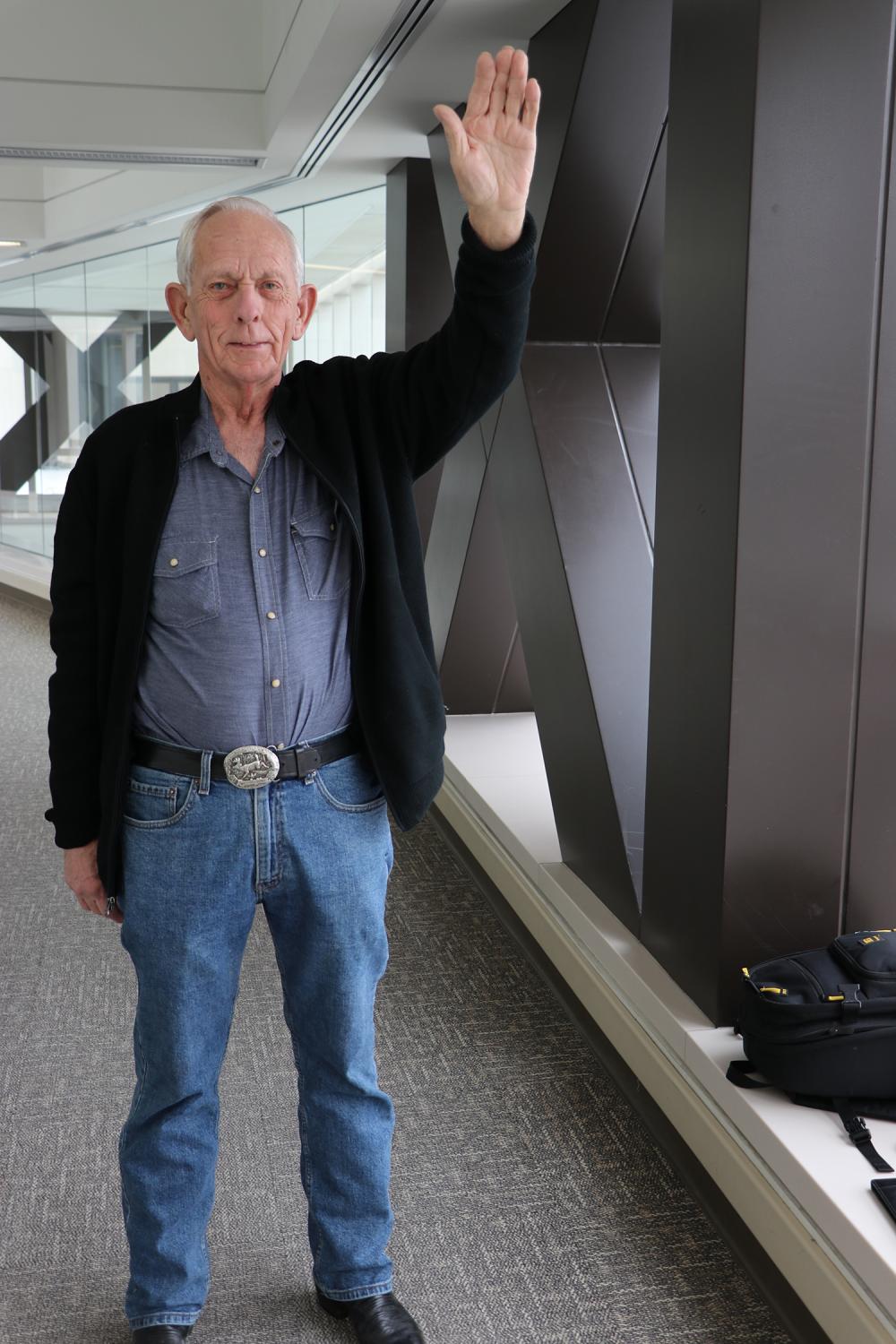 “When you can’t lift your arm, it’s time to do something,” says Rollie, 75, who is retired after many years as a building contractor in Washington, Iowa, and now lives in Moline, Illinois.

University of Iowa orthopedic surgeon Brendan Patterson, MD, performed the surgery in December 2017. Soon after, Rollie was back to living his normal life.

“I can move my arm almost anywhere I used to be able to move it,” he says. “I can touch the back of my head—all that good stuff I couldn’t do for a long time.”

Improved shoulder movement, even without a rotator cuff

“It changes the biomechanics of the shoulder,” Patterson says. “It allows the deltoid—the large muscle on the top of the shoulder—to do the job of elevating the arm over your head. This means the shoulder can operate with improved function, even without a well-functioning rotator cuff.”

“Multiple different studies show very good longevity of these implants with long-term follow-up,” Patterson says. “Done appropriately and for the right patients, it can give a great result.”

Another benefit: Easier recovery for most patients

Patterson says that, unlike with a standard replacement, recovery from reverse shoulder replacement usually doesn’t require any special physical therapy.

Rollie did a regimen of light exercises at home, on his own, with no need for the expense or time commitments of working with a physical therapist. Soon he was out in the garage again, working on rebuilding that 1948 Chrysler, without pain and with full use of his shoulder.

“It’s not heavy work, but it’s a lot of tinkering around,” Rollie says. “I can still do that pretty good—for an old man!”