Just four weeks after rushing to the emergency room with a badly swollen arm that was caused by a blood clot, Lynnita Truesdell was healthy, happy, and traveling in Europe. 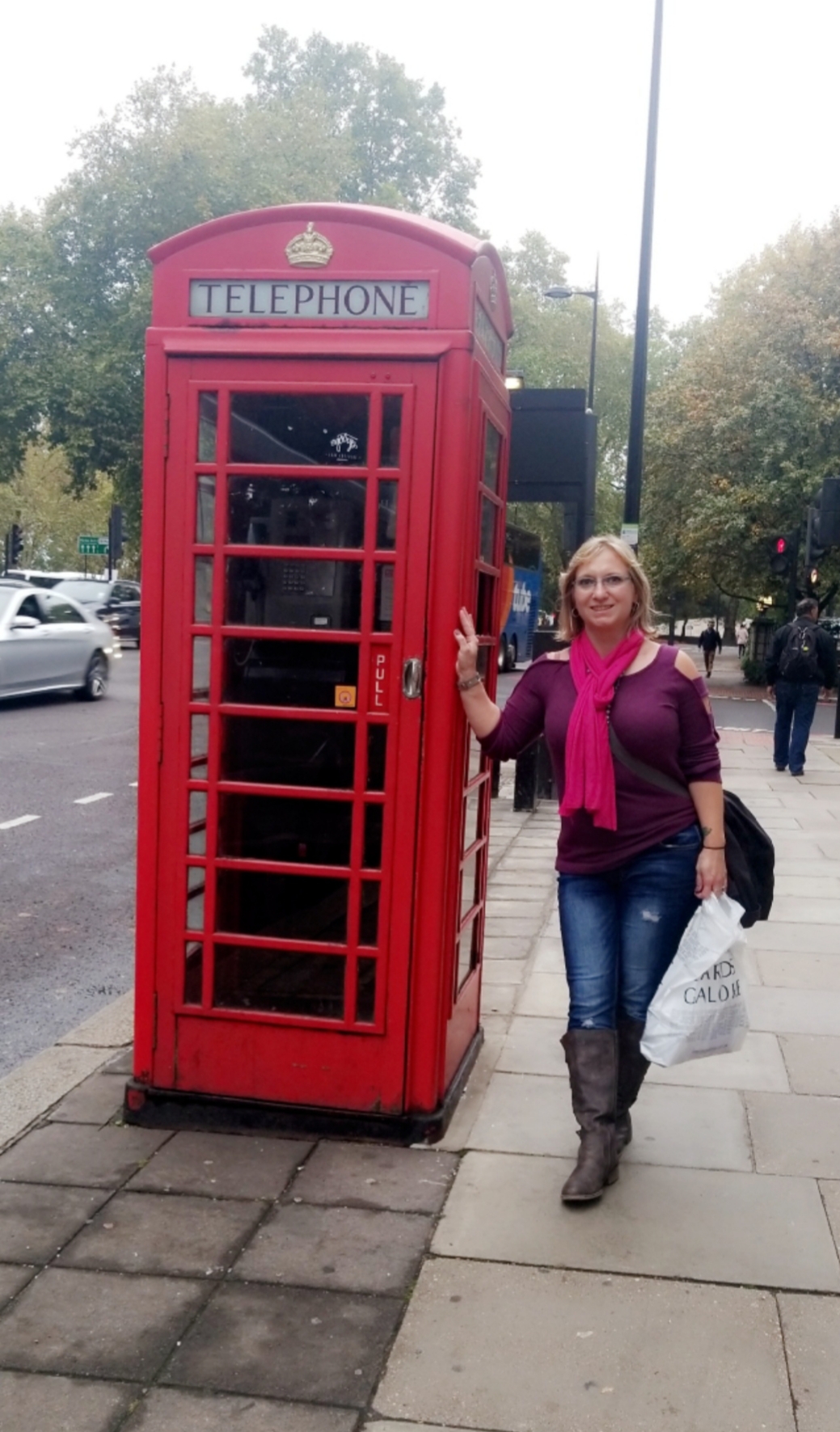 Lynnita, 40, of Blairstown, Iowa, was quickly diagnosed by Maen Aboul Hosn, MD, the vascular surgeon at University of Iowa Hospitals & Clinics who fixed the condition that caused the blood clot.

Hosn diagnosed Lynnita with thoracic outlet syndrome (TOS), a condition that affects the blood vessels and nerves that go from the chest to the arm. Left untreated, TOS can cause permanent damage to the arm.

The thoracic outlet is a space near the shoulder that the blood vessels and nerves pass through to get to the arm. When that space is too narrow, the vessels and nerves get compressed, or squeezed. That compression can cause a number of different symptoms, depending on what is being squeezed: Too much pressure on a nerve can lead to tingling, numbness, or pain in the arm. Too much pressure on a blood vessel can block blood flow, which can lead to swelling or cause the blood to clot.

When she went to her job as a hair stylist one Monday in August 2018, Lynnita thought the pain in her shoulder was just the result of an active weekend. But later that day, her arm got so swollen that she could barely lift it.

“My left arm looked really purple, and when I put it next to my other arm, I could tell it was swelling up really bad,” Lynnita says. “I thought, ‘Holy cow! Something is not right!’”

Emergency room doctors at her community hospital found a blood clot and gave her blood thinners to clear it up. But they couldn’t explain why the clot had happened, so they sent Lynnita to University of Iowa Hospitals & Clinics, where she met with Hosn.

“I just had one appointment with him, and he knew exactly what it was,” Lynnita says.

Hosn says TOS is not a well-known condition. It happens in younger people, frequently women, who don’t show any obvious reasons for having numbness or a blood clot in their arm. Imaging tests like MRI and CAT scans won’t find it.

“Only a clinical diagnosis can uncover TOS,” Hosn says. “That’s a discussion with the patient about their health history, their activities, and their symptoms.”

Many doctors aren’t aware of TOS, which means some TOS patients struggle to get the care they need because it isn’t diagnosed until they find a specialist like Hosn who recognizes it.

“People who have painful nerve compression will show up 10 years later with a dysfunctional arm because they stopped using it,” Hosn says. “The arm becomes almost useless.”

For people who have a mild case of TOS, physical therapy may be all they need to get rid of the symptoms. But many, including Lynnita, require surgery to relieve the pressure and get their arm function back to normal.

“Dr. Hosn told me it was necessary to have surgery right away,” Lynnita says. “I had already paid for a plane ticket to Europe, so I was really panicked that I wouldn’t be able to go. But he explained everything to me really thoroughly, and he was able to schedule the surgery so that I could heal for a couple of weeks before the trip.”

To make space in Lynnita’s thoracic outlet, Hosn removed the first rib and then performed a balloon angioplasty on the vein.

“The vein had been traumatized so long, we needed to balloon it to make sure the blood flow would return to normal,” Hosn says. “She hasn’t needed any other treatment since then.”

Two weeks later, Lynnita was back at work. Two weeks after that, she was sightseeing in Europe with no restrictions on her activity.

“I had my backpack on and was carrying my luggage with me the whole time,” Lynnita says. “I give thanks to God for his mercies that I found Dr. Hosn and his whole team. They were really awesome.”