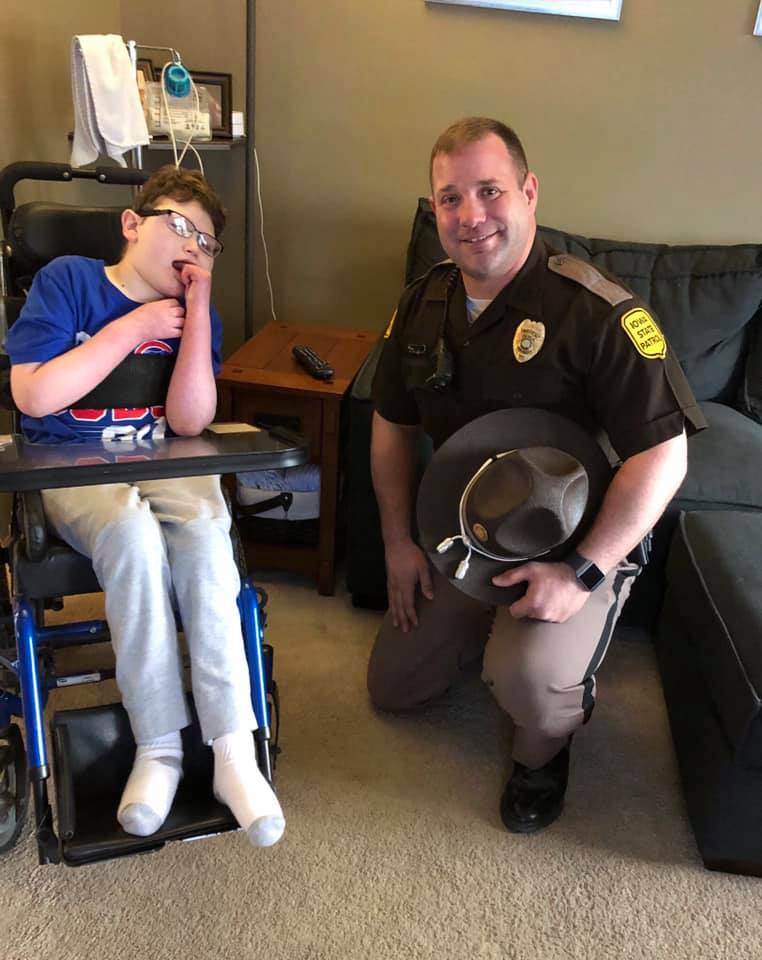 When a concerned mother called our Specialty Pharmacy on Wednesday afternoon, worried that her son wouldn’t get the medication he needed to control his seizures, our team helped coordinate a plan to solve the issue.

Caleb Helland, 14, of Mason City, has epilepsy and takes two doses per day of Epidiolex to prevent seizures. The family used up its last dose of the medication Wednesday morning and was expecting more to be delivered within a few hours. When it didn't arrive, Caleb’s mother called our Specialty Pharmacy – one of the few pharmacies in the region that has access to this medication. The clock was ticking before Caleb would need his next dose, and she was worried.

A member of our pharmacy team contacted the shipping company and learned the medication had been on a plane in Indianapolis, but was taken off because the plane was too heavy. Another member of the team collaborated with one of our pediatric neurologists to assess the urgency of the situation.

“It was all hands on deck,” said Alex Mersch, interim manager of UI Health Care Specialty Pharmacy Services. “We had to figure out a way to get this kiddo his medication.”

Our team contacted the Iowa State Patrol and explained the situation. A few minutes later, a plan was in action – a pilot with the State Patrol would pick up the medication and fly it from Iowa City to Mason City. From there, a State Trooper would transport the medication to the Helland family in his squad car. Our team made a contingency plan, just in case the medication didn’t arrive as planned.

Around 5:30 p.m. last night, the trooper arrived at the Hellands with the medication Caleb needed. Caleb’s mother, Cassie Helland, said it was a “huge weight lifted off my shoulders.”

“I was very proud of our team,” Mersch said. “Everybody had this patient in their mind, and everyone knew their role. It’s just a testament to the culture here, that the patient comes first, and we’ll do anything we can for them.”